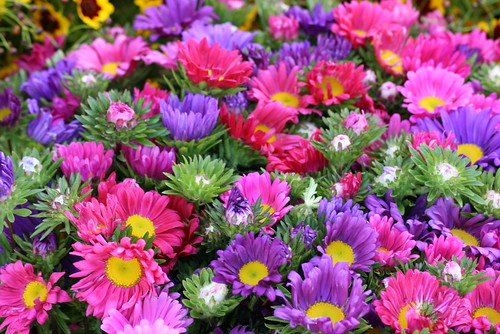 It’s been a rough week here in Luba Land.  Two different clients lost out on two separate properties because they thought they had time to think about things.  After all, days on market has increased all over San Francisco.  But even in this weird real estate market, some properties move fast.  Of course, plenty don’t, and I’m sure we’ll find something else that fits their needs and budget soon enough.

I also have been living in a state of chaos for the last few days since my old computer crashed.  I’ve been painstakingly migrating my old files and software programs to a new machine and trying to stay organized in the process.  It’s been horrible, but it’s almost over.

So now, I decided I wanted to look at something pretty, and if your week was anything like mine, you might too. I’m not sure which of SF’s fabulous farmers markets this was taken at, but no matter which one, I’m sure the photographer left with more than just some awesome photos!

Don’t forget to check back next week for another glimpse of San Francisco as seen through the eyes of Flickr’s photogs.

And if you’d like to throw your photos into the pool of candidates for my SF Photo Friday collection, tag your SF Photos from Flickr with LubaSF.